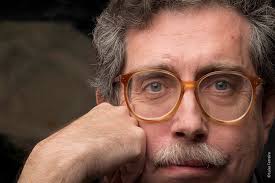 The Foundation deeply regrets to announce the death of Professor José Mariano Gago on April 17, 2015 in Lisbon.

It is with great sadness we learned the passing of José Mariano Gago at the age of 66. Scientist, academic, and a distinguished politician, he twice served as Portugal’s Minister of Science and Technology, between 1995 and 2002, and between 2005 and 2011.

Jose Mariano Gago is widely considered as one of the key figures who promoted science in Portugal. As a researcher in Experimental Particle Physics from the group of Ecole Polytechnique in Paris at the European Organization for Nuclear Research (CERN) in Geneva, and at the Laboratory of Instrumentation and Experimental Particle Physics (LIP), Lisbon. Furthermore, he presided the Institute of Prospective, which he contributed to create, and the LIP.

As President of the Foundation for Science and Technology (FCT) between 1986 and 1989, he was responsible for establishing the Science Mobilization Plan in Portugal. In 2004, he was elected president of the Initiative for Science in Europe (ISE), a forum that gathers the most important enterprises, research laboratories and other scientific institutions in Europe. Jose Mariano Gago enjoyed an exceptional international recognition and his death is a deep loss for the international scientific community.

The Foundation was honored to be hosted by Professor Gago during its 9th international conference in May 2014, held at the Pavilion of Knowledge – Ciência Viva in Lisbon.

A tribute will be paid to Professor Gago during our 10th annual conference, which will take place at the ICTP in Trieste, Italy, in November 2015.