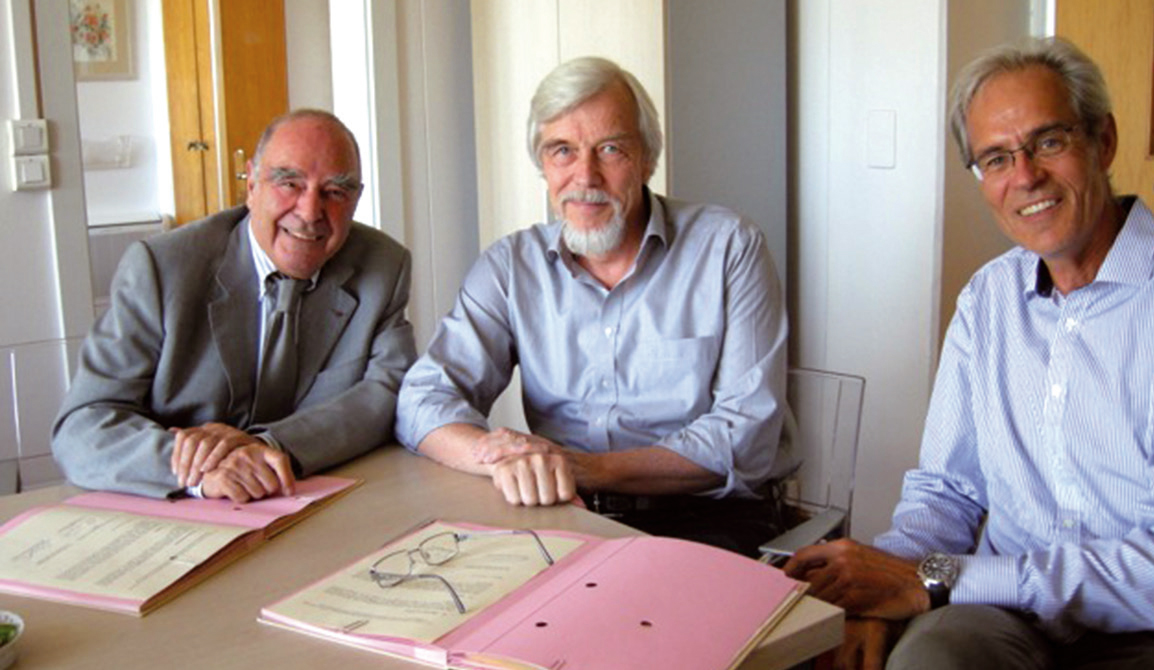 The Sharing Knowledge Foundation is proud to announce the conclusion of an important agreement between CERN and SKF (KN2238/DG signed 26 Aug 2013), concerning :

This agreement is the extension of the original agreement between CERN, SKF and Morocco. A Moroccan student, Mohamed Gouighri, used this scheme successfully to come to CERN and complete his PhD. As of May 2013, he has been appointed as Assistant Professor at Agadir University.

The new agreement marks an important extension from the cases of Morocco (which is taking part in the CERN programme since 1996), to any University in the MENA area, even if it has no agreement, formal or informal with CERN.

CERN is not allowed to take gifts, but agrees to let our Foundation raise monies from third parties in order for students to obtain fellowships to take part in the CERN scientific programme. The amounts should cover all expenses incurred by CERN so as to give SKF-supported student the same status as nationals of the CERN Member States.

CERN’s motivation stems directly from the “Science for Peace” concept that is embedded in the CERN Convention adopted in 1954. Whilst the emphasis was East-West during the Cold War, since the 1990s CERN has been supporting North-South dialogue by opening its experimental programme to the Arab and Muslim world from Morocco to Pakistan.

The purpose of our Foundation, since its creation is to encourage the “Sharing Knowledge” dialogue between scientists and engineers from the North, South and East of the Mediterranean,.

For 2013, the objective is to attract Palestinian students, and a proposal is being made to the l eading Palestinian Universities offering physics, engineering and IT courses corresponding to the scientific activities of CERN, and these are: Al Quds University, Birzeit University and An-Najah National University.

The plan is to hold a selection committee beginning of 2014 so that the students could begin their stay at CERN in the Spring of 2014.