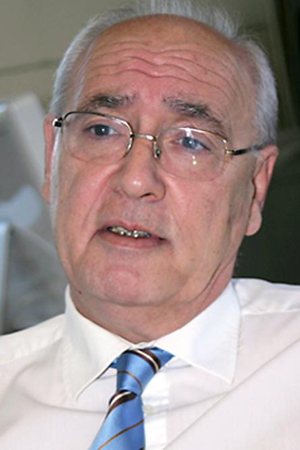 It is with great sadness that we have learnt of the sudden passing away on 19 January 2010, of Juan Antonio Rubio, Director General of CIEMAT (Madrid) and a Member of our Scientific Committee.
Juan Antonio, a distinguished Particle Physicist, was also a great Scientific Leader. He played an important role in the return of Spain as a Member State of CERN in 1984 and he subsequently held important responsibilities in that Organisation. In 2004, the Spanish Government appointed him Director General of CIEMAT and he gave this institution a significant new impulse, notably in research on Solar Energy.
As a believer in North-South scientific dialogue, he developed contacts between Spanish and Latin American scientists and gave his enthusiastic approval to our project of North-South Mediterranean scientific exchanges, to which he brought the continuing support of CIEMAT.
His friends and colleagues will sorely miss him and we plan to pay tribute to his memory during our coming meeting in Jordan on 1st march 2010.