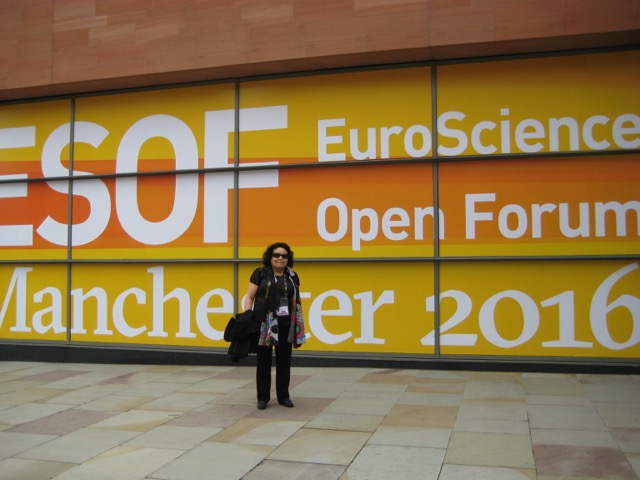 The Rammal medal for 2015 is awarded to Professor Oum Kalthoum Ben Hassine for the excellence of her research in oceanography and her actions in favour of the maritime environment of the Mediterranean basin. The medal also recognizes her distinguished career as a university teacher and her tireless efforts in favour of freedom of expression and gender equality in Tunisia and other countries in North Africa. The awards ceremony was held on 25 July 2016 at the EuroScience Open Forum (ESOF).