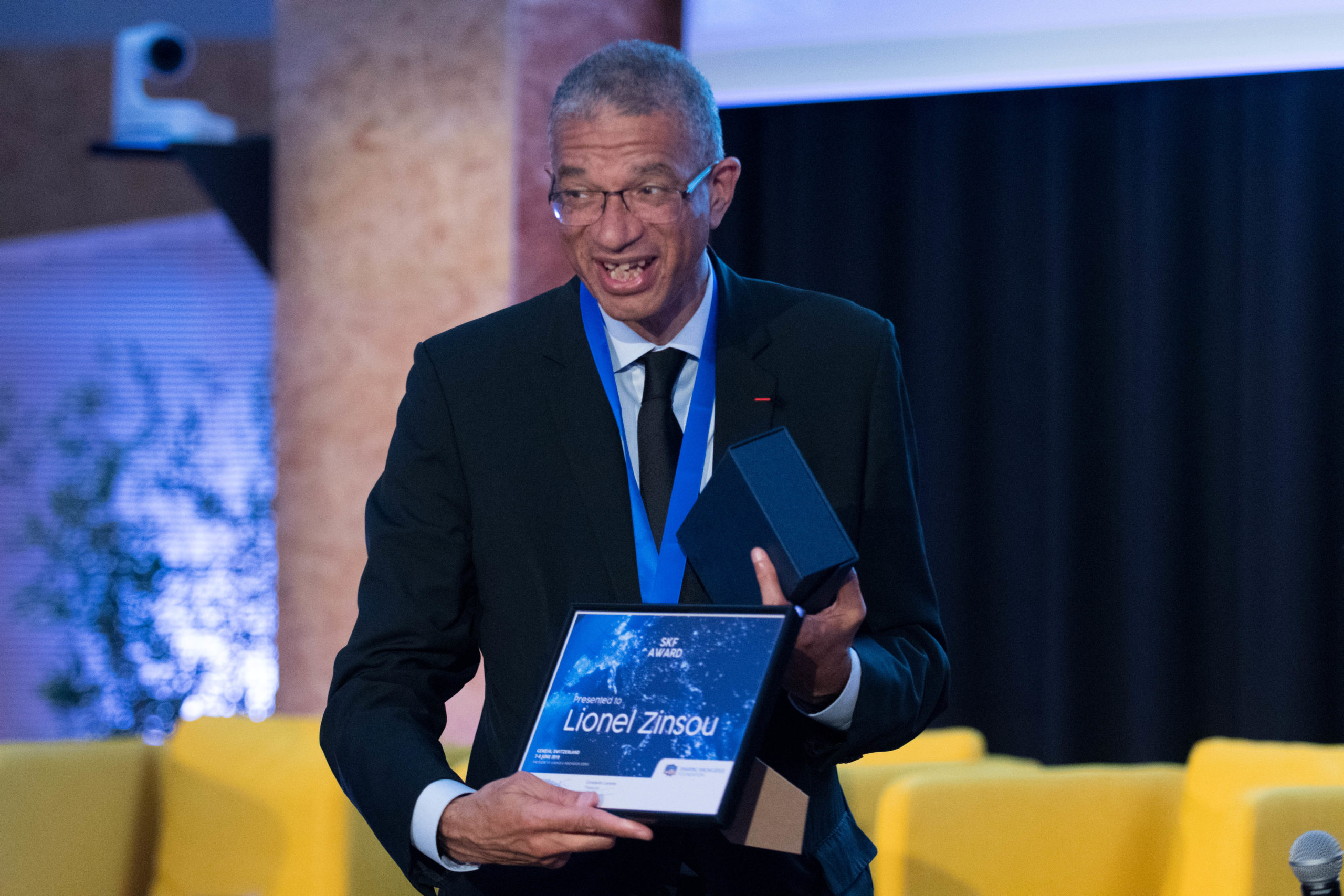 During our 12th conference in CERN we had the honor to award Lionel Zinsou. For those not attending the ceremony, here is the speech given by John Ellis, member of our Foundation Council and Professor at Kings College.

As many of you will know, Lionel is a distinguished economist, who has taught at the Université de Paris XIII, at the ENSAE and at the ENA. He was also director du Centre for social sciences at the École Normale Supérieure.

Lionel has also had a long and successful career as an investment banker, during which he has been active in promoting African development, and he is also a former prime minister of Bénin. He is a valued member of the SKF community, having participated in several of our previous conferences, where his eloquent and closely-reasoned presentations have been much appreciated.

We have chosen to honour Lionel on this occasion in order to underline that the best efforts of scientists and engineers can achieve the transformations of society that we all seek only if they are supported financially and politically. Lionel is an outstanding example of a man of action in these areas whose activities demonstrate his commitment to the ideals of SKF.

Lionel has been an Afroptimist since well before it became fashionable, and has been active in promoting young African leaders. He has also participated actively in many think tanks and discussion forums, and has been a consultant for the United Nations In additional to his ongoing professional work, Lionel is currently the president of the think tank Terra Nova.

Lionel, we feel privileged to count you among the SKF community, and we feel particularly honoured that you have kindly agreed to accept the 2019 SKF award.