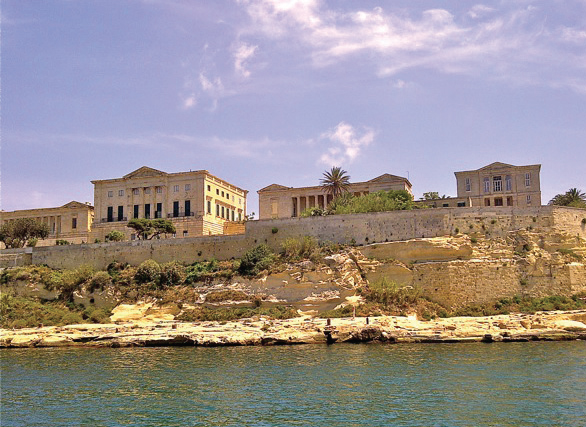 Sharing Knowledge 6 took place in Malta from 5 to 8 May. We were hosted by the Malta Council for Science and Technology and the Prime Minister of Malta did us the great honor of addressing our conference. In my few words to welcome him and summarize our purpose, I referred to “Science for Peace” as the idea at the origin of CERN half a century ago and still of a burning actuality in a world dominated by a looming North-South divide. The Prime Minister–a man of impressive political talent– immediately rebounded on our mantra, saying how it was particularly adapted to Malta and its action relating to scientific development and the Mediterranean and African context. Indeed, this was to set the tone of the whole conference. Coming from a variety of countries (Europe, Maghreb, Egypt, Israel, Jordan, Palestine, South, East and West Africa), specializing in Water, Energy, Food, Internet and Fundamental science, physicists, economists, business people or administrators mixed and debated passionately during long and exhausting days and evenings. In our experience this is how projects are born some of which develop into success stories. The highlights of the Conference reflect the changing reality of our themes in the last 14 months as well as the present crisis in the Arab World.

The Earthquake and Tsunami in Japan raise many questions which were reviewed by Philip England of Oxford University. Does the subsequent nuclear accident in Fukushima change our views about the nuclear renaissance?

Will new resources in natural gas now modify the energy landscape? Jacques Bouchard and Bruno Weymuller shed light on these issues, with Catherine Cesarsky reviewing the French policy, and a Panel discussed renewable energies for MENA. A particular emphasis was given to finding solutions to the hydric stress in Middle East countries with their social implications. Internet for Africa has a dual purpose: Grid technologies allow scientists based in Marrakech or Johannesburg to tap into the latest developments at CERN, while the new undersea fiber optic cables make broadband more affordable for the general public. Mobile Internet is undoubtedly the future for Africa, and had a major role in the spread of the revolutions in Arab countries.

International centers CERN, ICTP, and the coming ones which are SESAME in Jordan and IASS in Potsdam are the key to helping less developed countries integrate world science. For that purpose Education and Research networks have to link together and we were proud to welcome the leaders of the alliances (UbuntuNet, WACREN and ASREN) linking together the whole African continent.

Food security is high on the agenda, particularly in Africa and has been reviewed in depth by an outstanding panel of experts from Benin, Kenya, Morocco, Egypt and Israel.

The path to development is linked to high growth rates and is the condition for a successful outcome of the Arab Revolutions. Henry Marty Gauquié, Moncef Cheikh-Rouhou, and Pascal Colombani showed how developing countries can become competitive. Lionel Zinsou pointed to the watershed in African finances, enabling the continent to fund its development in the coming decades.

We started these conferences as a dialogue among educated scientific elites. A new dimension has emerged with thousands of people in the streets demanding a better life and freedom from oppressive governments. Needless to say, we wish the Arab peoples the best of success in their revolution even though purely political questions are outside our area of expertise. Since economic progress is a long term process we believe the best service we can provide is to continue our action for helping the build-up of a progressive Civil Society in their midst. We hope this conference will be a step in that direction.

Robert Klapisch, President of the Foundation