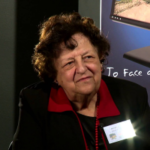 Miriam BALABAN is a graduate in chemistry from the University of Pennsylvania in Philadelphia, USA. She is the founder of Desalination, the international journal for desalting and purification of water, and was its Editor-in- Chief from 1966 to 2009. In 2009 she launched the monthly journal Desalination and Water Treatment to accommodate the growing flood of papers in the field and enable prompt publication. She is editor and publisher of the Desalination Directory, the international online database in desalination water reuse.

She is the Secretary General of the European Desalination Society with its headquarters in Italy, where she organizes courses, conferences, and workshops in desalination. She is associated with the desalination program – Center for Clean Water and Energy – in the Department of Mechanical Engineering of the Massachusetts Institute of Technology (MIT). She has received the Lifetime Achievement Award from the International Desalination Association and Star of Honor from the President of Italy. She has been adviser to the African Academy of Science in establishing the journal “Discover” and establishing the African Association of Science Editors.