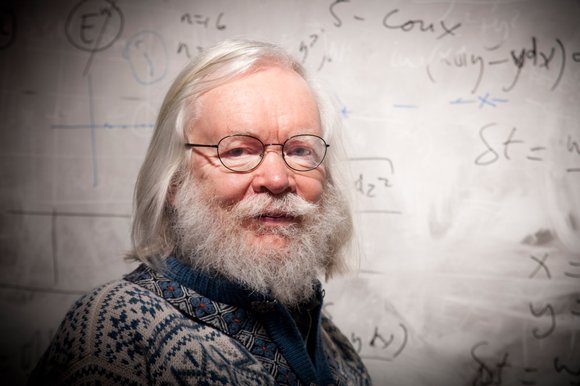 Professor John Ellis, formerly of CERN and now Clerk Maxwell Professor of Theoretical Physics at King’s College London, has received a CBE from the British Queen for services to science and technology. Professor Ellis is considered one of the UK’s most influential and eminent particle physicists of the modern era. He has been hugely influential in setting CERN’s strategic direction over recent decades and, as an advocate and supporter of new-generation accelerators, including the Large Hadron Collider, he has provided an important bridge between the experimental and theoretical domains. John’s activities at CERN have been wide-ranging and he is widely admired for his determined efforts to involve non-European nations in CERN’s scientific activities, helping to underpin the truly international character of CERN. His interest in broadening participation in front-line scientific research, particularly in the Middle East and Africa, is reflected in his support for the Sharing Knowledge Foundation. He has been an active participant in many of the Foundation’s meetings, as well as a member of the Scientific Advisory Council for several years and now also the Administrative Council.