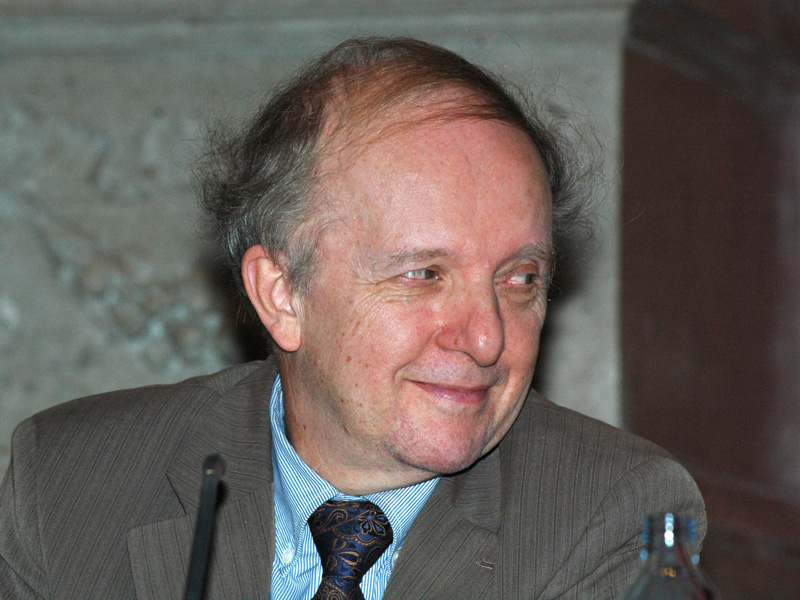 Jean-Patrick Connerade, member of our Scientific Committee and President of The European Academy of Sciences Arts and Letters, received the World Prize of Humanism 2018 by the Ohrid Academy of Humanism,  city of UNESCO, Macedonia.

To learn more about it, read the award letter : Ohrid Academy of Humanism Jean Patrick Connerade and the answer by the awardee:

I am deeply touched and honoured by the choice the jury has made of awarding me the World Prize of Humanism for the year 2018. It is indeed a great honour to receive it after so many distinguished artists and philosophers whose work I very much admire, and your kind words inspire me with the hope that I will indeed prove worthy of such a high recognition. I feel particularly touched because the prize has the aim of rewarding contributions coming from many different fields of human endeavour. I have attempted over many years to bring together literature and the investigative sciences in a common pursuit of beauty and to foster a fruitful dialogue between them – especially between poetry and all forms of scientific research. I feel this aspect of humanism is particularly important today. The cultural links between sciences and the arts are essential to our new century. Young people all over the world feel the need for restoring the unity of human thought and are strongly attracted towards all forms of expression which combine them in novel ways. If the sciences were not beautiful or if the arts ignored new knowledge, the world would be a poorer place. Humanity has always aspired towards ethical and philosophical values capable of bringing them together in the greatest possible harmony. This spirit is clearly reflected in the choices the Jury has made of past laureates of the World Prize of Humanism, and I feel truly honoured in being included amongst them. I accept this prize with deep gratitude and will be happy to come to Ohrid and address the Academy of Humanism which perpetuates the fine tradition of St Clement of Ohrid to this day.