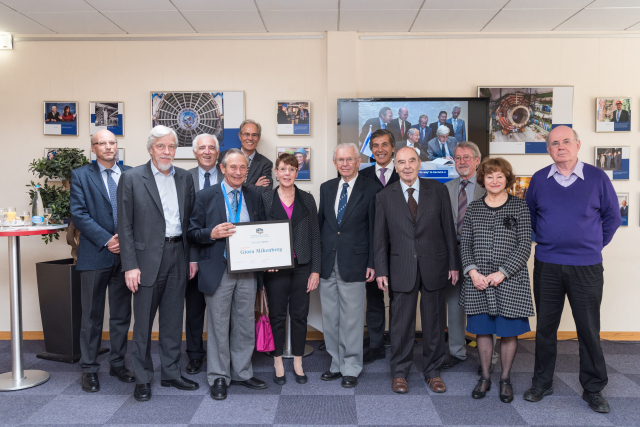 The Sharing Knowledge Foundation, led by former CERN Director of Research Robert Klapisch, recently created the prize as a way of honouring individuals working to improve dialogue between scientists from around the Mediterranean region or to establish networks leading to concrete projects focusing on sustainable development or reducing inequalities between nations.

Mikenberg has participated in prestigious experiments at Fermilab, DESY and CERN, where he has spent the last few years working on the ATLAS muon spectrometer. However, it was his contribution to the dissemination of knowledge, his almost daily involvement in the training of young researchers from all backgrounds and his constant efforts to help people, institutes and countries join ambitious fundamental research and technological development programmes to which the Foundation wished to draw attention.

The Foundation was particularly keen to recognise Mikenberg’s role in Israel’s accession to CERN Membership status and his support for physicists from countries such as Morocco, Chile and Argentina. It also praised the support he provides to students keen to be part of the CERN adventure, especially Palestinian students hoping to promote a science culture in their homeland.

Video of the ceremony