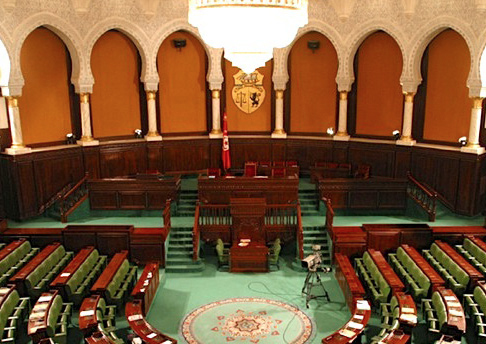 At first sight, there is no correlation between the dramatic events that marked 2011: revolts across the Arab World, earthquake, tsunami, nuclear accident in Japan, and the serious economical crisis currently affecting Europe, but their consequences are inevitably going to interact in our increasingly connected World. This new situation will be at the core of our next “Sharing Knowledge” conference in Tunis from 17th to 20th of May, given our constant concern to address in-depth the fundamental issues of sustainable development through the North-South scientific dialogue.

Beyond the immediate future of the political shifts, Tunisia, and soon Egypt, will have to nd the means of an extremely strong economical growth, if they are to reduce unemployment and misery. That implies an in-depth reflexion on the role of innovation and to implement structural reforms that the context of economic stagnation in Europe and in the World will not facilitate.

It is now time to take stock of all the consequences of Fukushima whether they are of a technical, sanitary and social nature and on the modi cations of the “European energy mix” driven by the decisions taken by Germany, Belgium, Switzerland to phase out nuclear energy. Still in the eld of European energetic politics, the decision to tax airplanes landing in Europe if they use kerosene stimulates research on the use of biofuels of vegetal origin. The requirement for a strong development draws attention to the de cit of electrical energy of the African continent. It is inacceptable that each African only benefits 10 times less electricity than a European, and that hundreds of millions are deprived of electricity.

Yet Africa is rich in resources: fossil fuels (coal, oil, natural gas), hydroelectric, good locations for solar and wind energy, uranium deposits. A gigantic financial effort will be needed to build production units and to ensure long distance transport. But let’s not underestimate the innovative solutions. Mobile phone conquered Africa within a few years, short- circuiting the technology of land lines. A similar process could be considered for energy efficiency, energy transport and finally to give a solar lighting system to the very poor countryside population. It is almost surrealistic that those very poor inhabitants of a solar drenched countryside currently depend on kerosene for their energy needs!

One of our major topics has been the struggle against the Digital Divide and 2012 will see the progress of the link between the GEANT network and the Mediterranean with the launching of EUMEDCONNECT 3 and with the African networks alliances, through the beginning of the Africa Connect project. We note however that the target of broad band at affordable cost is far from being achieved. The success of Computing Grids has been illustrated by the exploitation of the LHC experiment. However, that powerful procedure, is heavy to use. Microsoft Research offers to show us all the advantages, in the research sector, of Cloud procedures well known now in the consumer realm. Via the ubiquity of cell phone technology, the political role of which appeared during the demonstrations of the Arab Spring, a new tool (G2C : Government to Citizens) is now developing in order to allow interactions between administrations and the general public. The person in charge of this sector at the World Bank will give us some examples of on-going projects of e-Government in several African countries.

Concerns about food security are growing and we pursue our reflexions on the amelioration of agricultural techniques, including genetics, on a better efficiency of irrigation and struggle against land grab that would prejudice the exploitations of subsistence. Similarly, alternatives solutions (desalination, recycling) are of capital importance. The use of sustainable energy for desalination is still too expensive, except if it is subsidized.

The benefits of fundamental research, for example in energy and information technology demonstrate how essential it is for countries of the Africa zone to participate in the global progress of fundamental research. The creation of local scientific elites will reinforce their development and will ensure their future. The International Centers of Research (CERN, ICTP, CIEHAM, SESAME) as well as EU programs are the most efficient means to integrate scientists coming from emerging countries to leading worldwide Science.

The training of technicians at any level is complementary to that of scientific elites. The strengthening of capacities, in the domain of industry, agriculture or management is essential for development. This is particularly true if we want to pursue the option to develop low-carbon emission technologies (nuclear, solar, wind) that makes imperative the training of capacities in those sectors. The European universities can help to set up programs in collaboration with their peers in AfricaThe training by permanent education as practiced in France by CNAM is an original component that must be developed.

Our next “Sharing Knowledge” Conference will aim at a global vision of these interrelated problems.

Robert Klapisch, President of the Foundation