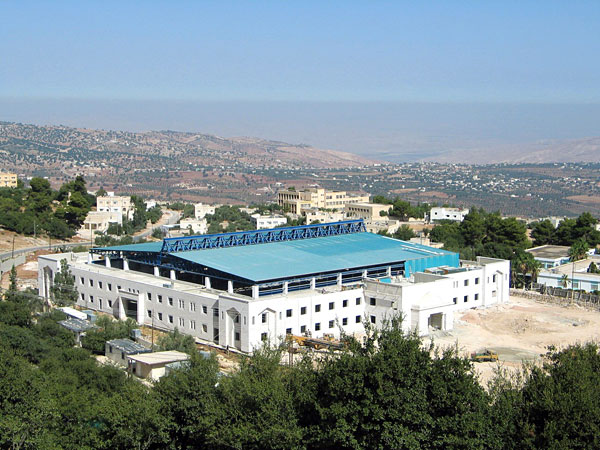 During the 2015 SKF meeting held at the ICTP in Trieste, Prof. Zerah Sayers had arranged a round table with researchers involved in SESAME. Two of the participants, a Palestinian and an Israeli expressed the view that, in addition to their scientific activities, it would be desirable to have a meeting place where scientists coming from different, often belligerent countries could discuss and be friend.

Everybody knows the role played by the CERN cafeteria during the Cold War where Europeans, American and Russian scientists could meet and messages where conveyed to governments thus bringing important results (e.g. the role of Sakharov).

The idea of setting up a Cafeteria at the SESAME site therefore emerged and, as President of SKF, I offered during the session that the Foundation would raise the necessary money by voluntary contributions coming from its network.

In agreement with the Foundation Council, we set the goal of raising 30’000 euros for that purpose before spring 2017. If you agree to support that initiative, we kindly ask you to send a contribution directly to the Foundation’s bank account in Switzerland. An acknowledgement and a fiscal certificate will be sent to you for your tax matters.

We are now also receiving individual donations to support this project which are very welcome. Please note that in a few weeks, in addition to the bank transfer possibility, you will be able to donate by credit card directly from our website.

To contribute to this project: appeal-for-donations-skf

Read the article of Nature News on SESAME and our initiative.