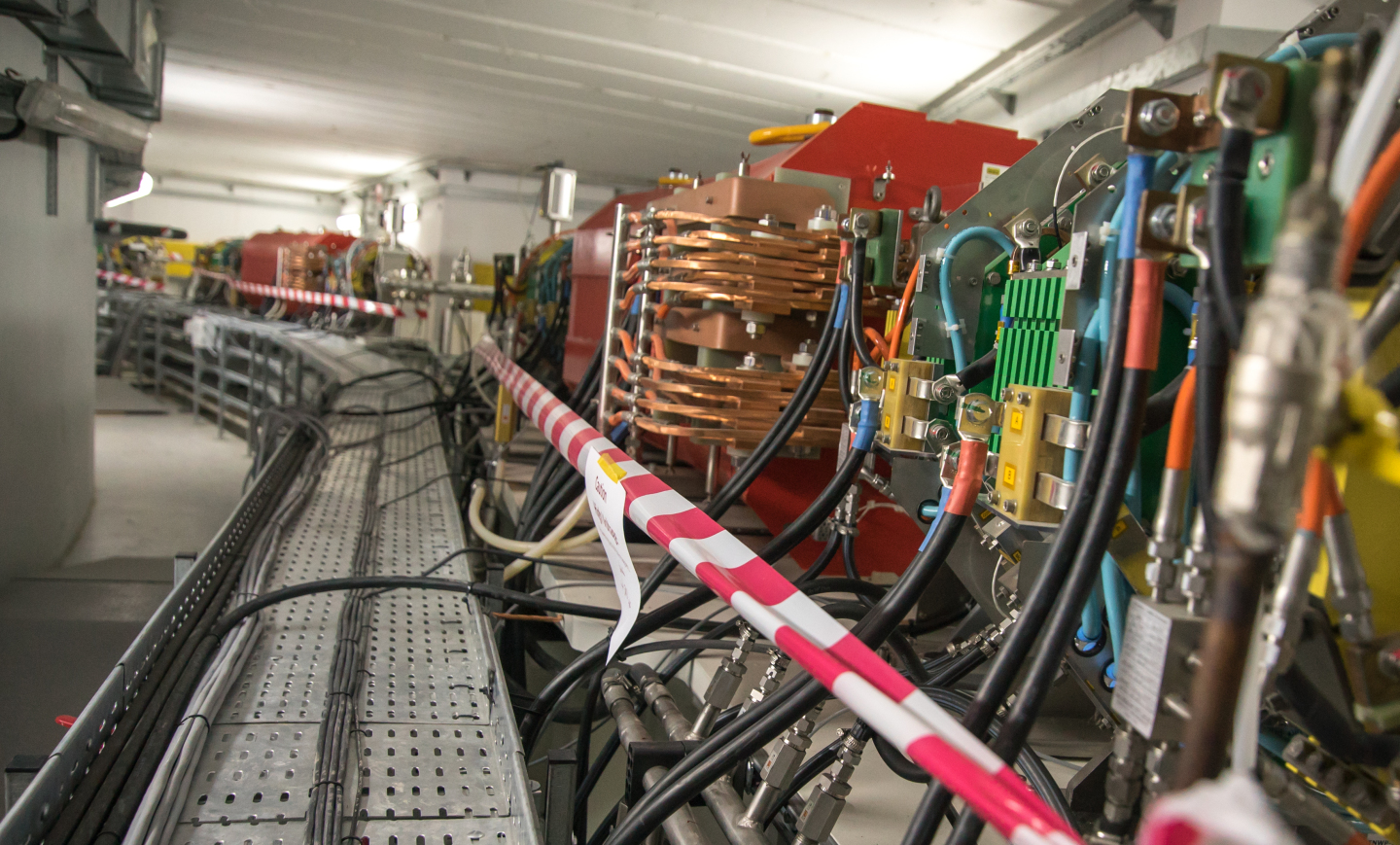 A beam circulated for the first time late on Wednesday evening (12 January 2017) in the pioneering SESAME  synchrotron. Following the first single turn, the next steps will be to achieve multi-turns, store and then accelerate a beam. This is an important milestone on the way to research at the first light-source laboratory in the Middle East.

SESAME, which stands for Synchrotron-light for Experimental Science and Applications in the Middle East, is a particle accelerator-based facility that uses electromagnetic radiation emitted by circulating electron beams to study a range of properties of matter. Experiments at SESAME will enable research in fields ranging from medicine and biology, through materials science, physics and chemistry to healthcare, the environment, agriculture and archaeology.

CERN has a long-standing involvement with SESAME, notably through the European Commission funded CESSAMag project, coordinated by CERN, which provided the magnet system for the SESAME main ring. CESSAMag brought CERN expertise in particle accelerator technology to the service of SESAME, allowing SESAME to concentrate on other key main ring systems. CESSAMag has also provided important training, knowledge and technology transfer.

This milestone follows a series of key events, including the establishment of a Middle East Scientific Collaboration group in the mid-1990s. This was followed by the donation of the BESSY1 accelerator by the BESSY laboratory in Berlin. Refurbished and upgraded components of BESSY1 now serve as the injector for the completely new SESAME main ring, which is a competitive third-generation light source built by SESAME with support from the SESAME Members, as well as the European Commission and CERN through CESSAMag, and Italy.

The first circulating beam is an important step on the way to first light, which marks the start of the research programme at any new synchrotron light-source facility, but there is much to be done before experiments can get underway. Beams have to be accelerated to SESAME’s operating energy of 2.5 GeV. Then the light emitted as the beams circulate has to be channelled along SESAME’s two day-one beam lines and optimised for the experiments that will take place there. This process is likely to take around six months, leading to first experiments in the summer of 2017.

SESAME was established under the auspices of UNESCO before becoming a fully independent intergovernmental organisation in its own right in 2004. SESAME’s Members are Bahrain, Cyprus, Egypt, Iran, Israel, Jordan, Pakistan, the Palestinian Authority and Turkey. Its mission is to provide a world-class research facility for the region, while fostering international scientific cooperation.